DNA, or deoxyribonucleic acid, is the molecule of hereditary information that makes all species unique. Read this overview of what is DNA. Even within each species, it is what makes each living organism unique. It is why each person on this planet is a little bit different than the next person, and is what makes us who we are in terms of our physical and mental abilities.

Structure of DNA showing detail of the four bases, A, C, G and T. Image credit: DNA structure by Zephyris.

DNA is a critical part of every cell in the human body and is the building block for each person’s genetic makeup. It is found in every part of the human body and includes the hair, organs, blood, tissue, skin cells, muscles, teeth, bones, brain cells, fingernails, saliva and perspiration.

DNA was discovered in the late 1800’s by Frederich Miescher, a German biochemist. But it took almost another 100 years before scientists began to understand the importance of its unique double helix structures and sequencing variations. The double helix consists of two

What is DNA Made of ?

Nucleotides make up the structural components of DNA and consist of three parts, a sugar group, nitrogen group and phosphate group. The nucleotides are shaped and formed into unique DNA strands. The nitrogen base of the nucleotides consist of four components, or bases, which are cytosine (C), adenine (A), guanine (G) and thymine (T). These four nitrogen bases are formed into different ordered sequences to determine the biological instructions for each gene. DNA molecules are formed into a double helix, which contains two strands that are wrapped around each other and held together by the four bases A, C, G and T. 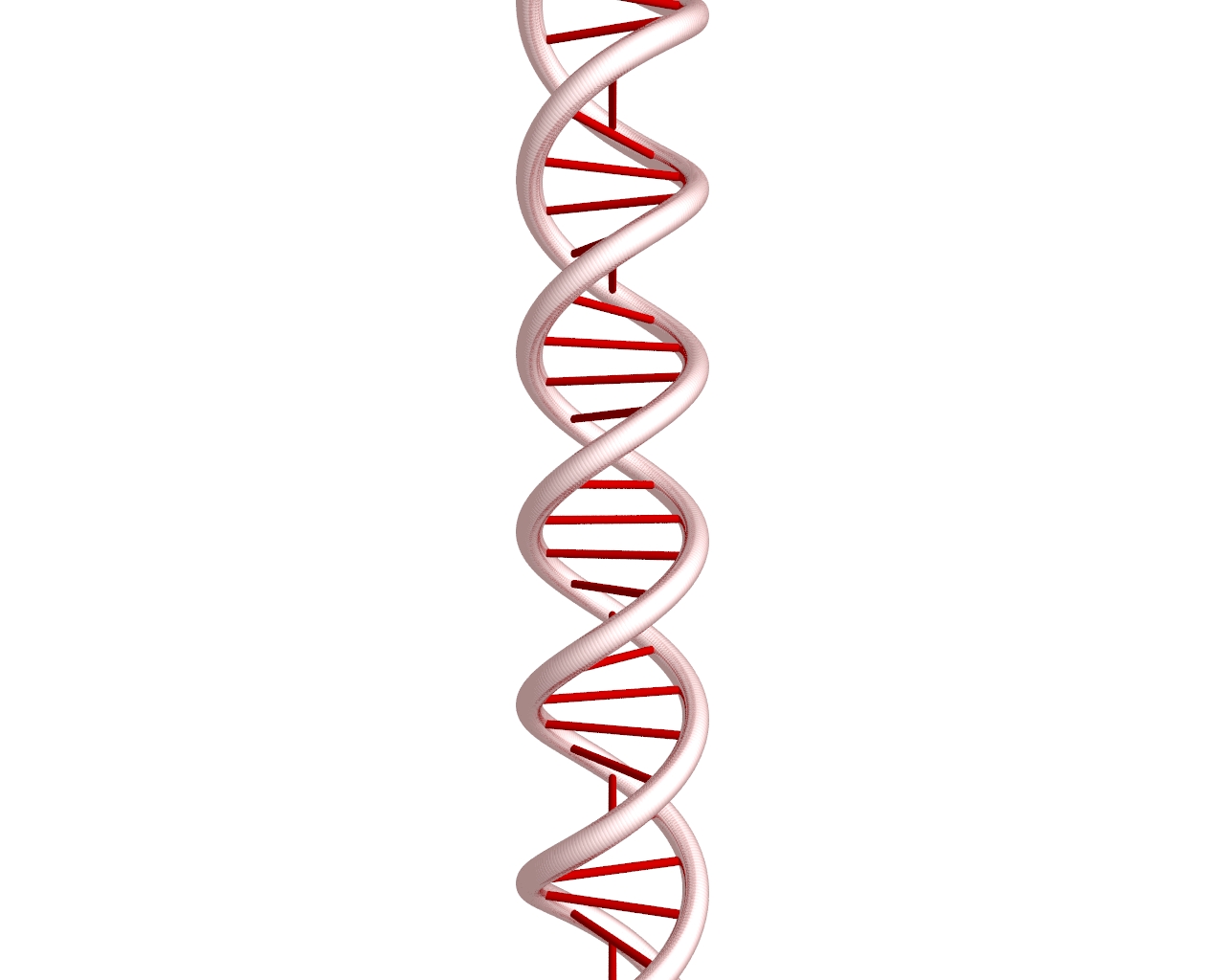 DNA molecule sequences are then utilized to create proteins in the body. The biological and hereditary information in the molecules are converted into amino acids which are protein building blocks and a critical part of cell development. Since there are 20 different types of amino acids, a large variety of proteins can be formed depending the exact DNA sequencing.

Scientists study the DNA genome in hopes of advancing our knowledge of what it is, and how it really works. Advances in DNA research has and will continue to impact human longevity and the quality of healthcare technology advances for future generations. Scientists are currently researching many different health and medical areas that could benefit from a better understanding of how the genome works.

Video: DNA Structure
The video gives a visual demonstration of how DNA strands are formed with nucleotides, molecule groups and bases of cytosine, guanine, adenine and thymine, which are included to form the molecule strands and double helix. Learn a huge amount of information about this mysterious force that dictates how an organism develops.

• DNA genes may cause caffeine cravings.
• What is Detox?